Staying warm is going to be of the utmost importance if you ever find yourself in a pinch. When you’re out in the middle of nowhere you have three objectives; staying hydrated, fed and warm. If you can tick all three of those of your list you’ve got a damn good chance of surviving whatever shit storm you’ve wound up in

Unless you’re going to pull some Bear Grylls shit and start a fire with the bow method we recommend carrying one of three things in your survival kit. 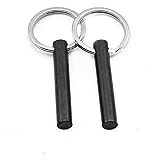 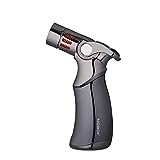 The reason I like to have a ferrocerium rod is in case of an emergency. Generally speaking, you’ll be able to use your matches but in the event that you run out or they become damaged you’ll be glad you picked up another small fire starter. These rods take a bit of practice but can be used in any weather condition.

Having several Butane lighters is another solid addition to any survival kit. That said, unlike the previous two it’s not a must-have. Generally, lighting a fire is easier with a match, but if you get in a pinch a lighter can come in handy. I also find a lighter handy when I need a flame for a continuous 10-15 seconds to melt shit or provide a brief light. Sometimes it’s simply not practical to light a fire.

It’s become increasingly difficult to find my favorite brand of Strike Anywhere Matches, Redbirds. As a result, I’ve taken to buying them in bulk off of Amazon (they’re actually cheaper then what I used to buy them for). These aren’t the old Redbirds, the kind you could literally light in your pocket. However, they still work quite well and with some practice, you should be able to light it with just your thumb – the gold of standard of lighting procedures!

For the price, these matches are difficult to beat. With some practice, you’ll be able to light these suckers on just about anything. They’re probably not as easy to use as the Penley or Redbird brands but with a little practice they consistently light. If my life was dependent on it, I would probably want to have Penley or Redbirds but again they’re much more expensive.

Expect to pay a little bit more for high-end strike anywhere matches. A general rule of thumb, if they’re as cheap as normal matches they probably work as well as normal matches. Unless you’re an outdoor enthusiast you’re not going to burn through a ton of these. Even during the summer months when I find myself outside a box often can last me a month or two.

Penley’s matches work pretty well. Again, if you’re trying to light them on a rock it’s going to take some practice and patience – something I would suggest you play around with prior to leaving for your 14-day wilderness survival trek.

Many folks wrongly refer to a Ferrocerium rod as “flint”. Flint is very hard rock, whereas a ferrocerium rod is a steel which sparks at a much higher temperature then flint. I’ve never had any success starting a fire with flint or the bow and drill method. Invest $15 in a fire starter – they can be lifesavers.

This small compact unit contains a ferrocerium rod and a metal striker. I’ve owned one of these units for several years and have never had to replace the rod. It’s perfect for lighting barbeques, campfires or stoves. And of course, it works even when it gets wet (it’s still pretty tough in damp conditions due to wet tinder)

It’s perfect for lighting barbeques, campfires or stoves. And of course, it works even when it gets wet (it’s still pretty tough in damp conditions due to wet tinder). That said it strikes at 3000 degree C which at the very least makes it possible to start a fire assuming you can keep your wood and tinder dry.

This is probably my favorite utility tool in the bag. It combines a tactical pen which of course is slick for writing and defending yourself with a fire starter kit. Inside the pen, there is a ferrocerium rod and you can unscrew the tip to reveal a fire striker. Boom you’ve got fire, you got ink and you’ve got an ass-kicking device. Pretty damn hard to beat if you ask me. Oh and it also has a whistle, but it’s not worth a damn it sounds like a faint conductor whistle.

The Gerber Fire Starter is another solid option for your standard rod and striker. I like the small compartment that has to keep your tinder dry and accessible. Once again, this tool tries to incorporate a whistle, which is pretty pitiful sounding.

This unit, made by MT survival has one feature I particularly like, magnesium. Magnesium is terrific tinder (arguably the best) which can just be shaved off. You can actually buy magnesium rods separately, which is what I normally do. During tough conditions, you’re going to be thanking me if you’ve decided to pick up a few sticks of magnesium, this stuff flat out works.

Butane lighters are tricky, there is a reason I recommend them AFTER matches and ferrocerium rods. They’re just not as reliable. If the o-ring shifts or becomes lose your fluid evaporates, at altitude they can have issues and of course, if it is windy or rainy you’re going to have problems as well. If you’re going to rely on butane lights make sure you buy extra butane.

So far I’ve had pretty good luck with these lighters. They’re really cheap which makes buying a handful of them more reasonable. I’ve only had the lighter fluid evaporate once which is saying something. They don’t come with fluid so make sure you pick some fuel up with it. You can use the standard zippo fluid.

I’ve had some success with this lighter going in pretty strong winds in the past. With that said, lighters of this nature take a lot of abuse from reviewers because it’s failed them – so I’m going to say it one more time. Butane lighters will occasionally let you down, make sure they’re not the only fire you’ve got! You’ll also need to grab fluid for this sucker. It’s a big price tag but it’s as reliable as a lighter can be.

Aside from that either carry a bunch of Bics or Zippos. Another handy tip if you want to buy Bics in bulk call the airport they often sell the ones they confiscate which probably amounts to hundreds a week.