When will you need a flashlight? When I ask people that question, very rarely do I get a response even closely related to self-defense. Typically people will say one of the usual answers related to a power outage, out in the wilderness, or if you need to find something outside at night. Sometimes people will get a bit more detailed and will consider more functional uses for example flashlights for military use or for a mechanic. But very rarely do people consider a self-defense flashlight as something which would be suitable but in reality, the best self-defense flashlights can be fantastic home defense tools.

Now we aren’t talking about your typical department store flashlights when we’re considering using a flashlight for home defense. What we need to consider is something much brighter and it actually needs to have blinding flashlight power. What we’re talking about are high-end, high-powered tactical flashlights which are designed to provide a large light beam with a ton of light.

The measurement which is used to determine the amount of light a flashlight produces is known as the lumen. The more lumen a flashlight produces, the stronger the light will be which is exactly what you’re looking for when purchasing a blinding flashlight that can disorientate an intruder. For a tactical flashlight which has disorientating capabilities, you’ll want to be considering a lumen level higher than 200 lumens. Any lower and it may not have the desired effect when you need it most.

When you are considering a self-defense flashlight, having the proper functionality becomes extremely important. There are a few important things to consider with the first being the ease of use. If you are keeping the flashlight on hand for the purpose of self-defense, it will be extremely important that the on and off button are easy to use and are reliable. The same can be said for switching between functions as often times having a strobe function is extremely important in disorientating a possible intruder. Another function which makes the best defensive flashlight a little bit more multi-purpose is a variety of modes which help to increase the battery life. For example, even though the main purpose of your tactical flashlight will be for home defense, it would be nice to have a lower lumen setting for those times when you need it during a power outage or working in the garage.

Best Tactical Flashlight for Self Defense

We love the Fenix PD35 for a variety of reasons but for a home defense flashlight, it might very well be the best product on the market. This LED offering produces as much as 960 lumens while providing six differen 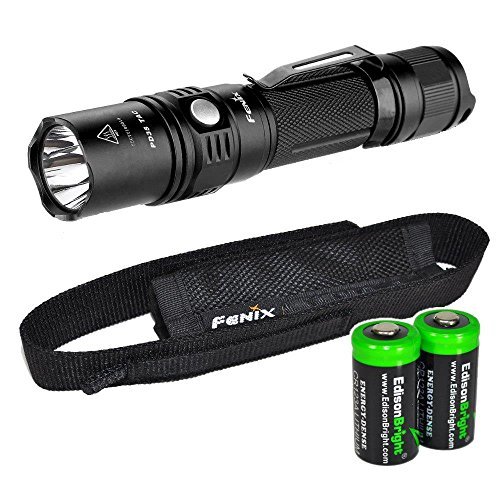 t outputs. One of those outputs is the strobe mode which as we all know is perhaps the most important mode when considering a self-defense flashlight.

For those who have never used a tactical flashlight before, it will blow you away at just how bright these flashlights are. I remember before I got in the industry I used to have a department store ‘clunker,’ and I used to be impressed with how that thing would light up my backyard. Looking at my ‘clunker,’ now, I can’t help but laugh when I compare it to my tiny Fenix PD35 as the lumen level isn’t comparable and the functionality comparison is as equally incomparable.

The Fenix PD35 is a flashlight which makes our list for best self-defense flashlight because of it’s high lumen output and level of functionality. This isn’t the type of flashlight you have to keep on your bedside table as it’s so small you can literally carry it with you everywhere. As we review a number of self-defense products including knives and pens, I have to be honest when I say I prefer to have a tactical flashlight like the PD35 instead of a knife.

The Coast PX25 is another great option mainly because of its affordability. As it meets our mark of a lumen level over 200, it’s a great choice for a tactical flashlight. With a 208-lumen level output and 128-meter 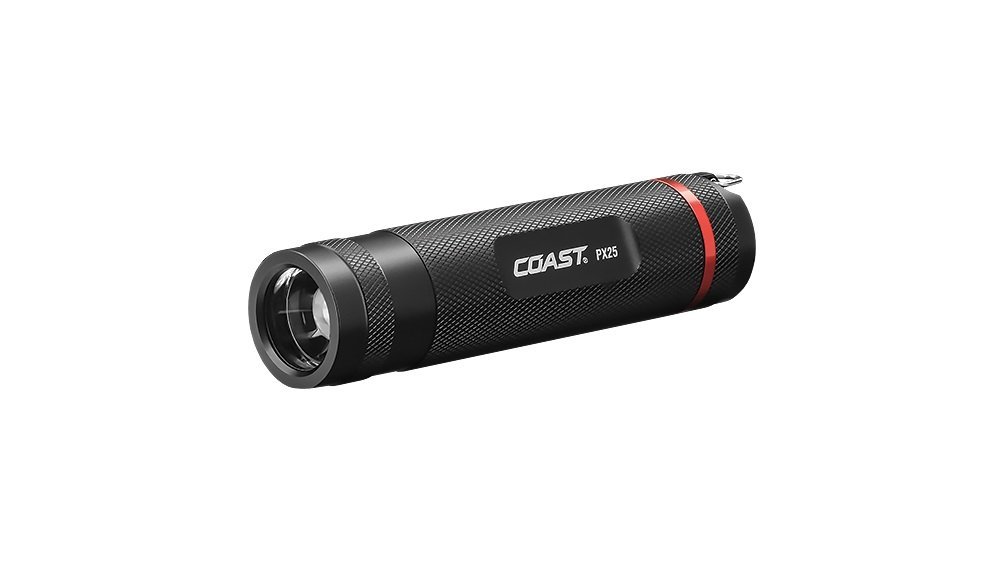 beam distance, the PX25 makes for an extremely multi-purpose flashlight.

Another feature tacxtactical expert like about the PX25 along with many of the other tactical flashlights is its durability. Built tough, an impact-resistant, lightweight aluminum casing resists both rust and corrosion. Plus, it’s reliability for water-resistance is fantastic as it’s rubberized O-ring is designed to keep your flashlight dry in any condition.

The PX25 will also have no trouble fitting on your belt which is what makes it functionally so appealing. If you need it in a pinch, you’ll know it’s easy to reach for. 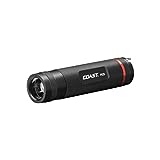